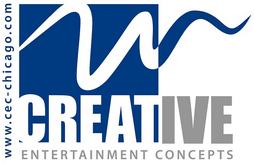 ​​Growing up in large Italian family meals were always a very important event. Some of his earliest cooking memories are of watching his mother and grandmother prepare homemade pasta’s and cooking breaded veal cutlets. His family showed him how food made with love and attention can bring people together. It was these influences that lead him to Purdue University in Lafayette, Indiana to major in Restaurant and Hotel Management. He graduated in 1990 and decided to head south to warmer climates.

His first job was as Chef de Cuisine at the Ocean Reef Club in Key Largo, Florida. The Ocean Reef Club is an exclusive and private club and resort which caters to the wealthy and elite. It was here that he cooked for President George Bush and President Clinton. He was recruited by Z Teja’s Southwestern Grill Restaurant Group out of Phoenix.  At the time he started with them as Executive Chef they only had 3 locations. He applied his extensive knowledge of food and large scale service to this kitchen. He worked as a Corporate Kitchen Trainer and Executive Chef.   From PF Chang, Steve took a job as Executive Chef for Cheesecake Factory in 1999. He started his company training at the Caesar Palace location in Las Vegas, Nevada and eventually worked his way to the location at the John Hancock Building in Chicago, Illinois.  He also was able to work again in a large volume restaurant with a corporate structure.

In 2003 he was approached by the owner and president of Rosebud Restaurants Alex Dana and offered an Executive Chef position at Carmine’s Restaurant in Chicago, IL.  He has worked as the Executive Chef at Carmines and Rosebud on Rush from 2003 to 2006. He came to the Steakhouse in 2007 and has called this location his home since. His experience from large to small scale kitchens serving anywhere from 100 to 3650 guests on a daily basis.  Steve can be reached via e-mail at steve@cec-chicago.com. 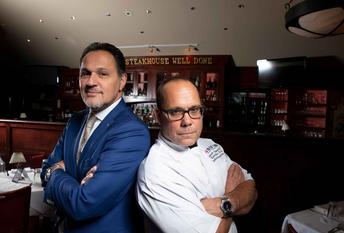 Angelo Eliades is the founder, chief strategist and President of CEC. Angelo  is a native Chicagoan that has spent over 30 years in the hospitality industry. His introduction to the industry began in bars and nightclubs, while finally making it over to the restaurant side in the early 1990's.  It was the restaurant business and his experience in FOH management, that helped formulate his unique skill-set in operations.

Angelo is a highly regarded industry expert, sought after not only for his operational experience, but also for his passion for hospitality, developing successful partnerships, and proven ability to lead and manage teams within high-volume restaurant concepts. ​Developing and implementing standard operating systems (SOP), training manuals (both management and FOH staff), formulating cost control methodologies and marketing strategies helped Angelo ascend the ladder in some of the largest brands in the Chicago area.

His passion and love of the industry can only be surpassed by his work ethic and tireless commitment to the hospitality industry.  "Small business owners do not have the resources to navigate the complexity of their competitive landscape - that is where we can come in to assist".

​Angelo works primarily out of our Chicago office and can be reached via e-mail at eliades@cec-chicago.com.